Drumming since the age of 15, Sammi has been all over the world during her career and played with some of the greatest legends in the industry.
She is still leaving her musical impression on the world as an independent artist and an instructor at the School of Rock in Dallas, TX.

Sammi began her musical journey at the age of 15 by spending countless hours listening to her favorite bands, playing along to her favorite songs & learning from as many local professionals as possible. Sammi began cutting her teeth playing in local bars around Jacksonville, Florida at 17 years old & quickly became the “go-to fill-in” drummer around town & out of state. Soon, drumming became her full-time occupation. At age 22, she received a phone call from Austin, TX regarding a new opportunity to tour Europe with the movie soundtrack extraordinaire band Tito & Tarantula whom most might recognize from films such as From Dusk Til Dawn, Desperado, Once Upon a Time in Mexico, Machete & many more. Sammi entertained the masses with this amazing group in countless countries such as Germany, Austria, Czech Republic, Poland, France, Italy, Russia and many more beautiful countries. “I was lucky enough to travel the world, get the full-on rockstar treatment & play all of Tito’s coolest hits from the movies. It was a dream come true.” -Sammi

Sammi is still on the scene! Currently, she’s making her mark as an independent drummer around the Lone Star state & beyond. Sammi’s love of drumming already has and inevitably will continue to take her places far and wide. Currently, Sammi is a teacher at School of Rock in Dallas using her spark to lead young rockers to the big stage. Look for her as this drumming beauty continues on her extraordinary path to making more of her rock n roll fantasies come true. 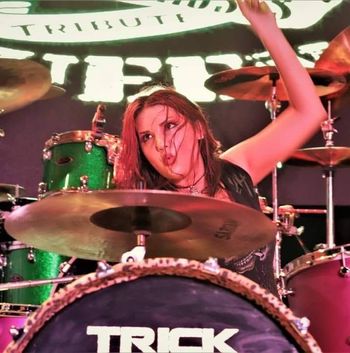 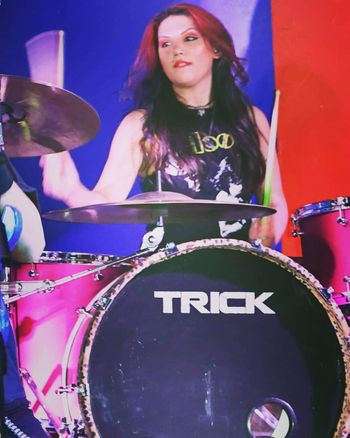 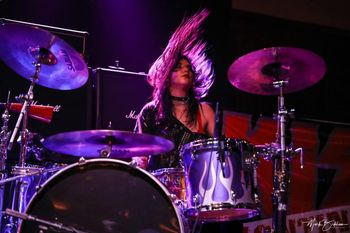